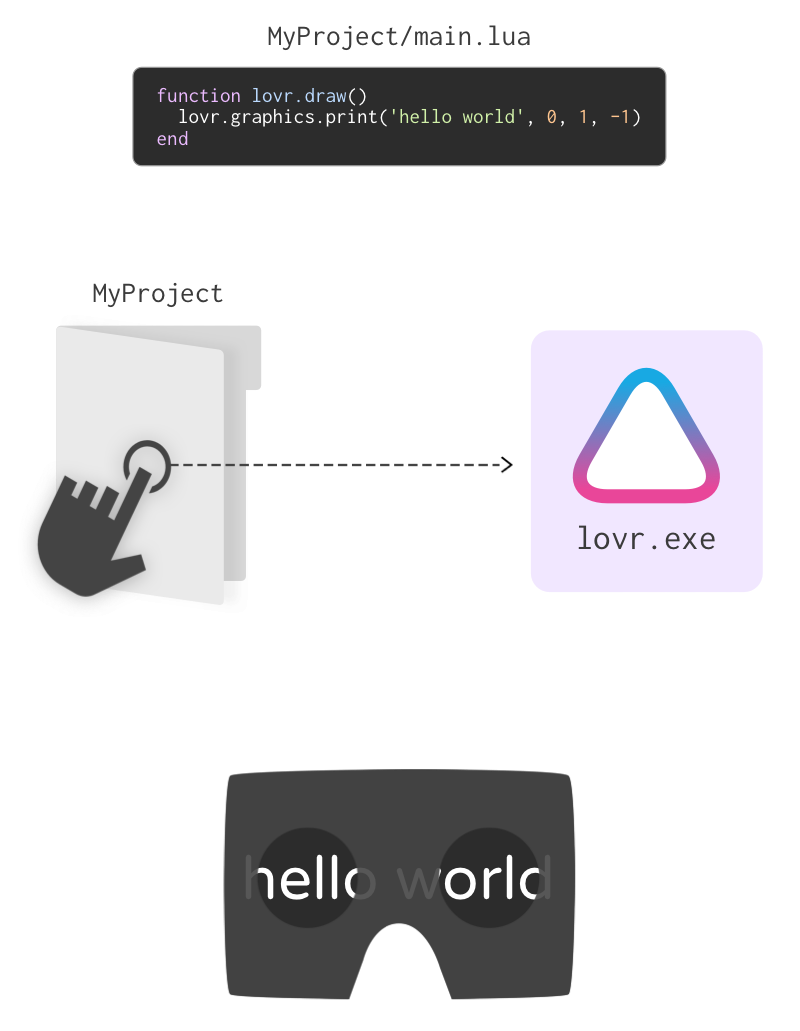 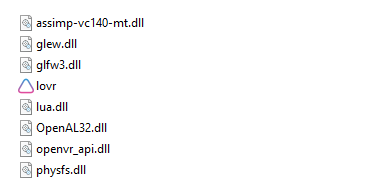 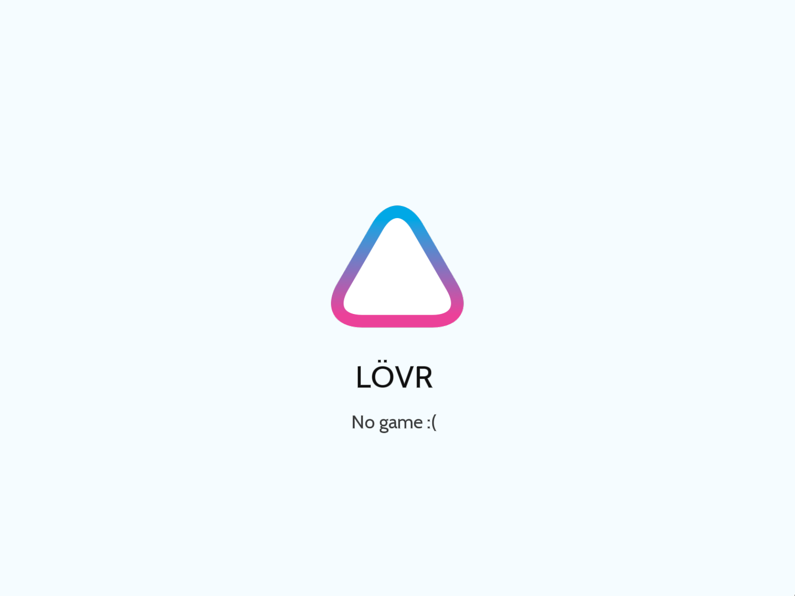 To run a LÖVR project, drop its folder onto lovr.exe. You can also run lovr.exe from the command line and pass the path to the project folder as the first argument. 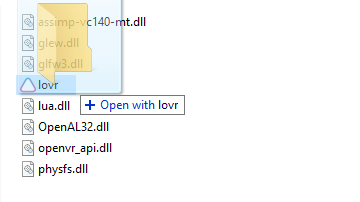 On macOS and Linux, the project can be run by running the lovr executable with the path to the project folder as an argument (on macOS, the executable is located at LÖVR.app/Contents/MacOS/lovr). 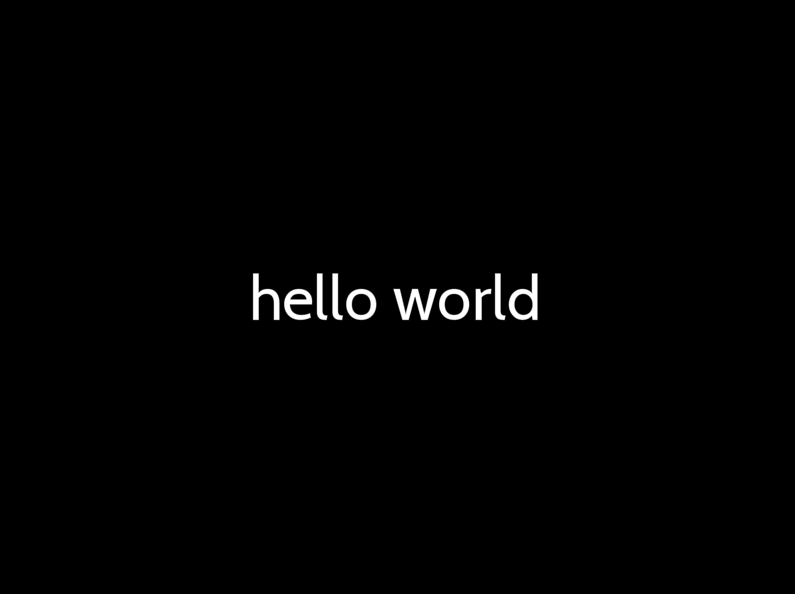